Hey, what’s up everybody. Justin Sardi from tubesift.com. Today, we have a really awesome video lined up for you. And we’re going to be talking about seven keys for a profitable YouTube ad campaign. Now, obviously there are a bunch of things that go into a YouTube ads campaign, but we’re going to be talking about seven of my favorite things that you really want to have in place to ensure that you get the most ROI out of your video ad campaigns.

And you can actually learn all about earned views, or you can see how many earned views you’re getting, in your Google ads dashboard, which is a really cool metric to check out. But more on that in another blog post.

Now, key number two, and this kind of goes without saying, you’re going to want to have an engaging ad. And the first thing I always like to think of whenever I am getting ready to create an ad is, would this be a video I actually want to watch? People are on YouTube to consume content, so you want to figure out what exactly they want to consume and make your ad feel like content. The more you can make your ad feel like content or a video they would want to watch on YouTube, the better your chances are of converting that viewer into a lead or a buyer. You want to make sure you have engaging content.

One really good example is the Dr. Squanch, or Dr. Squatch, whatever it is, ads. These guys make a ton of ads all about soap, so pretty boring. However, they do a really great job of turning these boring bars of soap into really engaging and funny ads. And if you can do that with your ads, odds are you’re going to have a winning campaign.

Key number three. And this one is something that a lot of people overlook, you’re going to want to use a companion banner. A companion banner, as you can see on this slide right here, is a piece of real estate, if you will. It’s just a little bit of extra space on YouTube. It’s really a banner. But these go with the in-stream ads. And the cool thing about these is they don’t cost any extra money, and the entire banner is clickable. Even after somebody skips your ad or watches your entire ad, that companion banner stays up for a little while, giving them time to click after maybe they’ve watched the video they want to watch, or something along those lines.

The dimensions for these companion banners are 300 x 60 pixels, and you can actually make them inside of TubeSift using the Banner Design Studio. And we have all kinds of templates and all of that built in ready to go for you. You can literally make one of these, download it in a couple of seconds.

Key number four is a very, very important part of every successful advertising campaign. And that is having a relevant landing page. I like to think of the customer journey from start to finish when I’m thinking of my landing pages, my thank you pages, and even my ads. You want to have a very congruent funnel, or customer journey if you will, throughout your advertising campaign. And what that means is, you want your message in your ad to line up with the content that’s on your landing page, and you want it to remain hyper relevant to the audience you’re trying to reach.

If you look at this example right here. I actually have a case study where, this was an automated webinar landing page that I was running traffic to, and I was targeting e-commerce sellers and I was getting them on a webinar., knowing that most e-commerce sellers are running ads on Facebook. So my angle was, watch me us an untapped traffic source to drive dozens of risk-free sales to any Shopify or ecom store, in as little as 24 hours.

My whole ad was all about, “Hey, I’m going to show you an untapped traffic source. It’s not Facebook. Facebook is saturated. Facebook is closing ad accounts down.” I was hitting on all those pain points and I just let them know, “Hey, I’m going to show you another traffic source.” And I showed them a little bit of proof in the ad to get them a little bit warmed up. And then I pushed them to this landing page. Now everything was very congruent. I was targeting e-commerce sellers. I mentioned e-commerce in my ad. And then my landing page was also about e-commerce. So everything was very congruent, it lined up and it felt like a seamless process along the way. And that’s very important, and I see a lot of people missing that key component of an advertising campaign.

Key number five, and this one is also very important, is to know your audience. I see a lot of people that are putting ads out and basically they just make up something random, hope it’ll work. That’s not the best way to do this. What I like to do, and I’ve seen a lot of people do this when they’re running successful campaigns, is they go out and they actually research their audience. If you’re going to be running these ads on YouTube, the best way to do that is to go over to YouTube, type in the keyword that you’re going to be maybe advertising for, or the key topic keyword that your ad or your campaign is about, and check out some of the top videos.

For example, if you’re advertising a sourdough starter kit or something like that, you might go over to YouTube and search for making sourdough bread. And you could look at all of those videos. I like to check out the titles, the thumbnails, and then just watch maybe the top four or five of those videos and really see how that YouTube creator is presenting their information to the viewer. And from there, if you can try and model that, or you’ll probably notice some similarities in number one, the thumbnails, that’s the kind of imagery that’s going to capture people. You’ll notice some similarities in the way that they’re presenting their information, the things they’re talking about, you might even notice some key buzzwords or key phrases that are specific to that niche.

Those are the things that you’re going to want to pick up on, and if you could include those in your video ad and on your landing page even, you’re going to have a much higher chance of success.

Key number six is to build a remarketing list. Remarketing’s a little bit weird of a word. A lot of people know it as retargeting. However, Google ads calls it remarketing. You can actually remarket it based on a number of things on Google ads. And that could be website visitors, app users, YouTube users, or customer lists. Now to use a customer list, you actually have to meet a couple of criteria and we’ll get into that in another blog post, but you have to have a lot of spend, a good history and actually a Google ads rep as well.

The easiest way to build a remarketing list is to base it off of website visitors. What you’re going to want to do is create a remarketing list of people who clicked on your ad, landed on your landing page and did not take your desired action. From there you can target these users or viewers again, because if they actually clicked on your ad, you had them right there. Something may have happened, maybe their doorbell rang and they didn’t take action. I can’t count the number of times I’ve been getting ready to make an online purchase and my phone rings, I pick it up. I’m like, “Oh,” and then I kind of forget about it.

Those people were in the buying process so you want to hit them again. Amazon does a great job of this. If you look at any of their products, they’ll then follow you around on sites like Facebook and all the other websites you visit online. Retargeting lists or remarketing lists are low hanging fruit so the sooner you can start building those, the better.

Another thing you can do is build these remarketing lists off of specific actions that people have taken on YouTube, such as watched an ad on your channel, watched a video as an ad, or even specific ads. And we’ll actually get into that in additional blog posts as well.

That’s all I have for the seven keys to running a profitable YouTube ad campaign. Like I mentioned, there’s a lot more that goes into it and we do have additional blog posts covering all of those topics, or we’re working on them if they’re not already out. But if you like this video, please give us that thumbs up on YouTube, jump on over to YouTube, subscribe to our channel, we’re putting out exclusive content over there. You can follow us on Instagram, Twitter, follow us on Facebook. And ultimately, if you are running your own YouTube ad campaigns and really want to dial your targeting in, jump on over tubesift.com, sign up for a license and start targeting your ideal audience today through our precision targeting for YouTube advertisers tool. That’s it from me. I’ll see you on the next one. Bye for now. 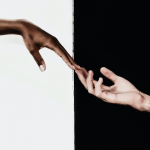 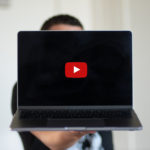 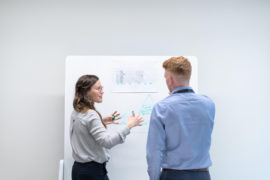 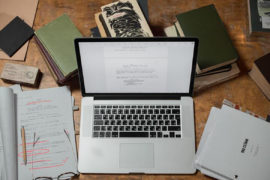