Justin Sardi: The most important part of any YouTube ad is, hands down, the hook. If you have that first five seconds to hook your viewer, and after that, they have the ability to skip. Now, since we’re not paying for people skipping, it’s not a big deal. However, the more we can get people hooked, viewing and clicking, the better off we’re going to be because Google is going to reward videos that give them views because they make their money off of views. So today, I’m going to be talking about a couple of different types of hooks that you can use for your YouTube ads and giving a couple examples of each. So let’s go ahead and dive right in.

Justin Sardi here, CEO and co-founder of TubeSift and Video Ad Vault. And like I said, I’m going to be talking about a couple of different hooks that we have tested, tested, tested and used time and time again. These are battle-tested hooks. Now, you can apply them to any niche, any industry, anything you’d like, but the fundamentals are what you need to know. So let’s dig in and talk about my favorite hooks.

Now, number one is going to be the curiosity hook, right? That starts by opening up with a question, something like, “Did you know that whatever,” right? Or I see a lot of affiliate marketers doing this in the weight loss industry. They say something like, “There’s an herb that’s already sitting in your fridge that will help boost your metabolism by 500%. You just need to know where to look” or something like that.

It instantly hooks the viewer, and obviously you want something along the lines or something that’s going to convey what’s going on. So that’s a weight loss hook. They’re using “the boost your metabolism,” for example, right? If somebody’s looking to lose weight, they know, “Hey, I need to… if I speed my metabolism up, things are going to be going well” or something along those lines. So that’s the curiosity hook. That works extremely well.

I’ve started off by asking questions on my ads. What if I told you you could ethically hijack traffic from any YouTube video? That was one of our earliest hooks for Tubesift. Used that back… I’ve constantly been using that since 2015 when we rolled Tubesift out. It has worked amazingly well because people are like, “Wait, you can steal traffic from other videos on YouTube?” It tells them, “Hey, this is about YouTube advertising, and I do want to steal traffic from my competitors or whatever,” right? That’s the most targeted traffic I can get, so it opens up that curiosity and they will continue to watch the video.

The next one I want to talk about is the “I’m going to show you how to do this.” Now, there’s two different types that I like to… or two different angles that you can use in here and one is personal proof. The other that I found actually works a little better is student proof. So if you have any testimonials, I might say something along the line… and this actually is one of my best performing ads for webinars. I might say something along the lines of, “I want to show you how Bob over here was able to turn $8 into $200 using a simple YouTube ad just like this one.” They’re instantly like, “Oh, okay. I want to know how to do that,” right? Or, “Hey, I want to show you how one simple YouTube ad campaign of ours generated $133,000 with just $710 of ad spend, 728, whatever,” something along those lines.

It piques their interest. You’re mentioning YouTube ads or whatever niche you’re in. “Hey, I want to show you how Bob was able to lose 20 pounds in three weeks,” or something along those lines, “without diet and exercise, blah, blah, blah.” And if you can knock out objections in that hook, it seems to work extremely well also.

So that’s the “let me show you how” kind of hook or whatever you would call that. But that is a great hook. We use that all the time. Works especially well if you have any type of proof and we like to throw testimonials up on the screen. I’ll throw screenshots of Facebook testimonials, quick video clips with quotes under anything like that works extremely well for that type of hook.

Then we have the open-loop hook. Now, we’ve all heard of opening loops. People do it in emails all the time where you might start off an email with a, “Hey, I want to show you how so and so was able to do this or whatever,” but more on that in a second or, “Hey, did you know that this is possible? Well, I’m going to explain how, but first, let me explain this,” right? You’ve instantly opened up… it’s similar to the curiosity, but you don’t get to it right away. Right? So you kind of open that loop that’s really going to hook those viewers in the very beginning and keep them watching until the end when you answer that question.

So if you answer some big question or yeah… sorry, open up some big question, don’t answer it. Get into a few other things and then drop the answer to that question, which happens to be your product or whatever you are offering. You’re going to see amazing results with that opening a loop.

The next one I want to talk about, and this one’s worked extremely well for us also, is the pain point hook. I love targeting Facebook advertisers and teaching them how to run YouTube ads, right? Facebook, if you have seen, is removing targeting options, making it much harder to advertise, shutting accounts down, all that kind of stuff. You’ve probably noticed it. What I like to do is hit on those pain points right in the beginning. So some of my ads that I’ve rolled out… actually, I think my best performing webinar ad ever was I opened up, said, “Hey, if you’re tired of the increasing cost of Facebook Ads, the constant account shutdowns and all the other shenanigans that Facebook is pulling, listen up because I want to show you how you can move over to YouTube or there’s something along those lines, right? There was a better transition. But that was the whole point.

I instantly hit on all of the pain points that I know they’re having or facing and say, “Look, it’s like that over here. It’s not like that over on YouTube, which brings me to our next hook, which is the old way of doing it versus the new way of doing it. So same thing with Facebook Ads, for an example. I might say, “Facebook Ads used to be the best way to generate leads in sales in a business, but now, it’s oversaturated, going to shit,” whatever you want to say. So that’s the old way.

And then I say, “Hey, but the new way to generate leads in sales is over here on YouTube. And with YouTube, you’re not going to face any of account shutdowns, this, that. The targeting’s better. You get views for a penny and get this. If somebody skips your ad, you don’t pay a dime.” So something along those lines works extremely well for the how it was done, how it’s done now.

I see this done a lot in software ads where they’re like, “The old way is the manual way, and if you’ve spent hours plugging numbers into spreadsheets, then check out this new software and do it the new way.” Monday does this really well with some of their “the old way to do project management. The new way to do it is Monday.” So there’s a lot of really cool stuff you can do with those old versus new hooks. Definitely recommend trying those as well.

And the last one is the bold, unbelievable statement. So I like to call it the unbelievable statement, really. You’re basically making some kind of crazy claim. Again, that’s kind of like the, “What if I told you could ethically hijack traffic from any video on YouTube and push it to your own product or service?” That’s a pretty bold claim. What if I told you there was a risk-free way to run YouTube ads where you only paid if somebody actually watched your video? Big claim. Obviously, you need to be able to back it up and you should do that in the education part of your video, but throwing out a big, bold, almost unbelievable statement in the very beginning is a great way to hook people, especially if it speaks to their wants and desires, right? “I’m going to show you how…” or “did you know that a simple YouTube ad just like this one can generate you 8,000 return on ad spend” or something along those lines. People are going to be like, “Yeah, right.” And then you jump into, “Well, check it out. Here’s how it’s done here. Here’s the proof. Here’s how it’s done. Want to learn more? Go over here.”

So those are my top hooks. I think that was five. It seemed like a couple more because some of them… obviously, there was multiple parts to the personal testimonial or the student testimonial and personal results. But that being said, those are my top, my go-to hooks. We usually sit down and we’ll map out hooks in each of those when we are getting ready to roll out ads, kind of bolt those onto our ads. And you should, more often than not, find one that does really well and hooks those viewers, gets you a high view rate, lots of click-throughs and ultimately, higher return on ad spend.

So hopefully, that’s helpful. If you do want to learn what more people or what’s working specifically in your niche or any niche, any industry on YouTube, check out Video Ad Vault. You will, 100% guarantee, start seeing patterns. When you’re watching some of these ads, you’ll be like, “Oh, that’s the curiosity hook. Yeah, old versus new hook” when you are searching through that database. And we actually, at the time of shooting this, just crossed 600,000 unique YouTube ads and landing pages. It’s a huge milestone, and we are adding to that every single hour, every single day.

So check out Video Ad Vault. It will help you come up with awesome hooks. I actually like to go to other niches, see what types of hooks they’re using and how I can apply those to my business. So I might go find people who are doing Amazon training or Facebook Ads training, something like that. Take those, apply them to YouTube ads, and then I have something fresh. I’m not copying anybody, and it works extremely well.

So definitely check out Video Ad Vault. I hope you enjoyed this video, and I will see you on the next one. Bye for now. 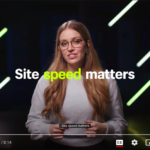 The Fastest Way To See Any Ads On YouTube 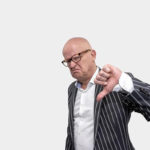 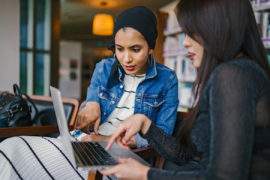