Have an ace up your sleeve against your competitors

Brady Snow: Have you ever wanted to be the best digital marketer in your niche? If so, you probably should be tracking what other advertisers are doing in your niche. What ads are running your competitors? Which ones are performing well? You should probably know every time they pump out a new ad. What are they saying on that ad? What’s the hook that they’re using? Are they using pop-up animations? Are they using text? Are they using sound effects? What’s the music that they’re using? What’s the B roll footage that they’re using? Is it just someone talking to the camera? If so, what’s he saying? What is she saying? What’s going on? You should probably follow all of these things if you want to be the best marketer out there. If you do, and you happen to know the top secret tip that YouTube ads have the best conversion rates around in ads today. If you want to be on top of the game with YouTube ads, I’m going to show you how you can get an alert every time an advertiser in your niche publishes a new ad. You want to see it? Let’s hop on my computer. I’m going to show you how you can do it.

So today I got an email alert from Video Ad Vault. It said, “New ad seen from your watched channels.” I opened it and it showed me all the ads that were new from channels I had been following. Let’s say I was into cooking. I wanted to launch my own cooking show. I have cooking products. Subscription only master class is a big one, but Wolfgang Puck did one. What kind of ad is he running? I just click it right there from my email. Boom, the ad. I have the sound off, but here you go.

Wolfgang Puck: Who likes to take this risk and often sometimes a-

Wolfgang Puck: Why did I do that?

Brady Snow: Now we got some action.

Brady Snow: So that’s a really powerful ad. I can see what they’re doing, but let me just hop over to the Video Ad Vault and show you how I had that set up. My watched channels are right here. And I’m following a few different ones here, but these are all the ads from my watched channels. I’m following a few other ones, not just cooking, but if I wanted to add a new cooking channel to follow for any time they release a new ad, I would go to the search ads feature here. I’m going to just search cooking. I can filter by all these different things here, but I’m just going to search here and see what we get here for ads related to cooking.

This is probing YouTube right now, every ad running on YouTube. So we have ton of MasterClass, clearly. They’re big. Here’s some other ones, David, this isn’t about cooking. That’s from MasterClass so that’s why I pulled up there and I can drill down and search for different things to get better results. But let’s see, here’s one, Anova Precision Cooker Pro. More MasterClass. Here’s Hestan Ranges cooking styles. Let’s see what ad this is.

Brady Snow: Nad is running an ad. Looks like it’s a baking machine. Brunch master. Pancakes, it looks so good. Sear perfector. Roasting champ. All right, so that’s something relevant. If I’m running ads about cooking, that’s a relevant ad to follow. So let me go ahead and click this plus sign right here. Pulls this up. Excuse me. Had a phone call there. Hestan Ranges cooking styles. I’m going to click, add this channel to watched channels. First of all, I can see the views that this had. It’s been ramping up over the last few days. It’s October 1st now. They’ve been getting more and more views, so this ad’s been working for them. It’s average views per day, 445. It’s been published for 80 days, 35,639 total views. I definitely want to follow this channel because it seems that they are clearly doing something well with their ads. So, add to our channels. It’s now there. So when I go back to this watched channels list, it’s going to be in here and I add manage watched channels, Hestan. That was it. So they’re there.

And so now, tomorrow, if they roll out a new ad, whenever they roll out a new ad, I’m going to get that email alert. So I’m going to be able to see whenever they’re running an ad. So if you want, you could add a bunch of channels in the cooking niche and follow them and see what ads they’re running, see if those ads are working, and then with that information, you can design your own ads that are going to do better than theirs. You can see what’s working for them, put that to use in with your own messaging and promote your own products that way. So you can stay on top of your competition that way. So this is the Video Ad Vault.

The Video Ad Vault. A pretty cool tool that will help you become a better digital marketer. So if you want to check that out and see how some of the other features can be used, we have a link to a demo where you can check out all the other features and see how you can best use those in your marketing strategy. If you’re watching this on YouTube, the link is in the description. If you’re watching this on the blog, there should be a button below the video where you can click and go to a page where to see the demo. So yeah, check that out if you’re interested in becoming a better digital marketer on YouTube and yeah, if you liked this video, please like, subscribe, all that good stuff and check back next time for more YouTube ad strategies, tips, tricks, industry news, you name it. We got you covered so see you next time on the tubesift blog. 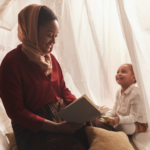 Use Storytelling in Video Ads for more Conversions 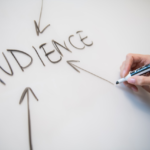