Relate to a Prospect’s Key Problem in Video Ad Script

Hi, Brady Snow here with TubeSift. Today, we’re going to discuss the importance of relating to a key problem that your ideal customer has (video ad scripting after the hook). When you’re running ads, you have to relate to a problem that they experience, so that you can then lead them towards a solution that your product or service offers.

So we’re going to go ahead and look at a couple of examples and talk about why this is something that is really important after you hook your audience because if you don’t keep their attention, if they don’t see how it’s important to them, then you are going to lose a prospect. So, let’s go ahead and take a look.

What to do after you Hook your Audience

So as we said, the hook is a very important part of the ad and we covered that in a previous post. We will link to that below and after you hook your audience, you need to relate to a common problem that they have or that they are experiencing. If you do not do this, it’s not going to seem like it is a good use of their time to keep watching your ad.

So, let’s go ahead and take a look at an ad that we like here at TubeSift, that shows a great example of this. Keep in mind, this ad is a little bit longer because they have a lot of comical elements, but that helps illustrate the point. So we’re going to see a hook, what they do to grab the viewer’s attention and the importance of that, so that they continue to watch your ad. But once you do that, you still have a short amount of time to engage them further, to make them want to keep watching until you present the solution, which is your product or service or offer.

An Ad Example from the Harmon Brothers

So let’s go ahead and watch this ad. This is an ad from the Harmon Brothers, one of our favorites. Another Harmon Brothers ad case study. Well, this is for click funnels and this ad is called This Gold Digger Got Rich Painting Nude Squirrels.

Meet Steve, an office worker who’s about to get his first gold digger.

This wasn’t your dream, living in a cubicle prison. You had the American dream. You were going to start your own company. Be your own boss. Make money while you sleep.

She says 90% of businesses fail.

Do I know you?

But actually she’s right, but that’s just because 90% of them have been doing it wrong.

So we saw funny hook and after that hook where we introduced the gold digger, which is not the gold digger you thought it was going to be, they start to present the problem. They get right into it actually and what is that problem? You can see right on the screen here. This is essentially it, in a nutshell. 90% of businesses are doing it wrong.

Starting your business is tough. Most of them fail. This guy’s stuck in a job he does not like and that clearly is a problem. So, what this does is qualifies the viewer. So if they relate to that problem, about not being able to start their own business, or maybe their own business is failing or struggling, has failed, this is something they might want to continue watching because they relate to that problem.

So this ad is clearly showing it for someone that’s stuck in a job they don’t like. They aren’t seizing their dreams to start their own dream business. Whatever it may be, then this ad is for them. It’s a story that they can relate to and everyone relates to it in their own way, independently. But that’s how you know that you have an effective hook and then you show the problem of this community, this shared problem that your ideal customer has.

So it’s really important to do and this is just a great example of how they can hook that. So let’s keep watching, see what happens next.

Back in the gold rush, business was simple. One, find gold. Two, the end. But now business is online and maybe you’ve got a great business idea, but your site sucks at selling it, like Debbie.

That’s what they all say. That’s because cheap website builders offer templates based on looks, not data driven sales principles and a site that doesn’t sell is like panning for gold with a holy bucket. No matter how much goes in, it all drains out. No matter how many website visitors, you get no sales.

Clarify their Problem and Make them Hungry for a Solution

So that’s a great example of showing a problem and then there’s that visual component as well, with all the holes in the bucket and the water coming out. It represents customers going out the door and not getting any sales.

So that’s a problem at that point, if they are engaged to this point, you can do this in any amount of time. This is a fairly long one but they’re using that comical element. They have good production quality, so they can kind of extend it a little bit.

Ideally you want to get to the next step quicker but it depends on your business and how you present your information. There’s really no tried and true formula, which is important to remember as well.

But yeah, that’s it for presenting the problem and qualifying the viewer and addressing that problem so they clearly know what this is about and then at that point, you’re going to transition into the next step of the ad, which is educating them on the solution and the solution, you want to make it look like the Holy grail, is your offer, your product, your service, whatever it is. 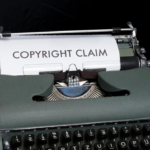 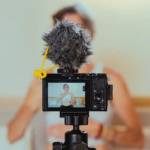 Video Ads will Grow your Business