Hi, Brady Snow here with TubeSift. Today, we’re going to be talking about a new form of YouTube ad. This was rolled out at the end of 2019. It may have been around in some form up until then, but this is a new form of ad that has a few pros and cons and works for different benefits. So today we’re going to be talking about what this type of ad is (YouTube Audio Ads), what it’s best for and yeah, some of the pros and cons. Let’s go ahead and take a look.

Yeah. So this type of ad is called an audio ad. As you would expect, that is something that primarily just uses the audio soundtrack to drive the sales. That’s going to be an overdub voice narration, and then the way the ad works, since it’s on YouTube, which is a video viewing platform, is there needs to be some form of image that goes with it.

So this can be a really simple ad to run. And that’s one of the benefits, just because you don’t have to spend a lot of time in development and creating a highly visual ad for prospects to watch. This could be as simple a video … Sorry, this could be a simple image that is just kept on the screen while the audio plays. Some other forms use just simple animations.

Example of an Audio Ad

Let’s go ahead and take a look at an example of what this kind of ad looks like the YouTube audio ad. So here’s one that Google Fi put out about their phone plan and let’s just take a quick look.

Google Fi is a different kind of phone plan, with simpler pricing and smarter coverage. Connect to over 2 million hotspots and three different 4G, LTE networks, all under one simple flexible plan by Google. Learn more at fi.google.com.

So that’s a really quick ad. That was about 15 seconds long. That typically registers as a non skippable ad since those have to be 15 to 20 seconds in length. However, you could see that that was a very simple ad because we just had the audio, we had simple animation. And so the viewer has to focus on what is being said in the video. This is a format that works on YouTube, might not work as good if you’re trying to use it also on say Facebook advertising, since the audio is muted on those in the beginning. But if you’re just trying to get a quick message out there, this can be an effective ad type. That’s another one of the benefits. And like I mentioned, also, it has a very short development time, since you just need an image. They had an animation, but that same ad has an example with just a static image. Let’s take a look at that one.

Google Fi is a different kind of phone plan with simpler pricing and smarter coverage. Connect to over two million …

Visual Simplicity with an Audio Ad

You can see it’s the same message. It just doesn’t have the animation. It’s the same ad. It can be as simple as an image. You could even also just make this a slideshow. And as you narrate different bullet points, different benefits of the product or the offer, you could have those pop up on the screen, so you just focus on one at a time. Maybe technically not make it an audio ad because it does have more of a visual component, but in the same sense, it’s in the same vein that it’s using the audio to drive the message of the ad. What is this ad good for? Let’s take a look over here at the article that Google ads blog put out. It’s on their ads and commerce blog. We’ll link to this below in the resources section as well, but they just have a quick message here.

This was published on November 17th, 2020 from Melissa Hsieh Nikolic, who’s the group product manager at YouTube ads. She talks about how you can reach more music fans. So this could be something that’s good for promoting music, whether it’s a new album, or I don’t know, maybe you could do it for concerts. A lot of brands could use this. I think this works beyond music. And they go on to say that here. It can amp up your brand message. 75% of audio ad campaigns drive a significant lift in brand awareness. They’re saying that this video ad type works best for brand awareness.

What is brand awareness? It is just a quick ad that reminds a viewer about your brand. So say maybe they’re already a customer and you just want to remind them how great your brand is and how they should continue to use your products. That’s what brand awareness does. It helps the user remember your brand name. Let’s say you make a promotion in the future, they’ll instantly have a recognition of your brand. And having that association makes a prospect a lot more comfortable with listening to what your offer is. So that’s probably the main use for it, is in brand awareness. I’m sure you could use this to try to make sales as well, but you want to get a little more complicated in what you describe when you’re trying to make direct sales. This type of ad is best for brand awareness.

If you look over at the different types of advertising formats on YouTube here, this is just on their YouTube help page. We’ll link to that below, as well. We’ve got the different ad types here, skippable video ads. So this is, the one where the user can skip the ad after five seconds. You only pay if they watch 30 seconds or more. That’s a very common type. But you would think if you had just the same image or simple animation going on the screen for 30 seconds or more, it might not be so engaging. Probably not a good fit for the audio ad.

But as I said earlier, their non-skippable video ad. 15 to 20 seconds in length, depends on regional standards, so where you are in the world. You can link to that and check that out, if you’re curious about that. But this is probably the best format. You could also do a skippable video ad that’s 15 seconds long as well, if you would like. But the non-skippable ad is good for brand awareness because the user has to watch to the end of your ad. It’s not going to be totally invasive of their watch time because they’re there to watch something else of interest to them. But if you can put your brand in front of them and have a inspiring message that reminds them about how great your brand is and your offers, your products, your services, whatever they may be, the audio ad could be a real simple way to get that message in front of them.

This might also work with bumper ads, but as you can see here, they only have to be six seconds long. Those are very short. But an audio ad could work there as well. That’s just a quick way to get your brand in front of someone, but six seconds is not a lot of time. It would work for both of those, essentially. Having an animation is a good call in this, but that can be a little more complicated to design. It takes a little more time to set up. Although there are a lot of services out there where you can have a logo animated or something like that and then you can just put your audio over that. There’s a lot of options out there, but the main thing that this YouTube audio ad is for, is the brand awareness.

Cons of this ad is it’s not as engaging as some other ads. It might be harder to make a sale if you don’t have any visual element. Because as we know, one of the most powerful things for humans to take in new information and make purchasing decisions with, is having the component of both the visual and audio together at the same time, driving emotions, thoughts, and that kind of thing.

Pay Attention to the Ads you See

That’s just a quick overview of YouTube audio ads. It’s something you can work with. We’ll link to all of those resources that I showed you below. If you’re browsing YouTube, you might come across ads like this. So it’s just good to pay attention to, and just look at what other people are doing with their ads and how they’re trying to get their brand out there and promote their offers.

That’s a quick update. Industry news, there’s a new type of ad called YouTube audio ads. And yeah, thanks for tuning in on this one. As always, if you’d like to hop over to tubesift.com and score yourself a TubeSift license to help precision target your audience, you can jump over to tubesift.com. We’ll help you get set up and you can target your ideal audience with whatever types of ads you are choosing to run to promote your product, your offer, your services, whatever your niche is. So thank you for tuning in and we’ll see you next time on the TubeSift blog.

Find the Most Profitable Placements for YouTube Ads with TubeSift

No matter what types of ads you choose to run, they won’t give you a positive ROI if you don’t have accurate placements.

With precision targeted placements you can serve your ad to your ideal audience when they are watching their favorite content on YouTube.

Find out more at TubeSift.com. 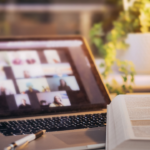 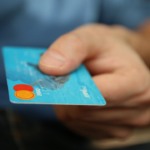 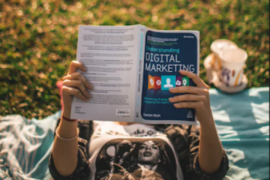