YouTube is at it again, and who would have thought this would happen? But they are updating their Terms of Service and those go into effect June 1st, 2021. So just a couple of days from me shooting this specific video right now. Now, again, this is a hot topic: It is the right to monetize. We did have a previous blog post on this, but they went ahead and further refined this Terms of Service change and they have changed it. And so today we’re going to be talking all about what the right to monetize is, how that’s going to work and how that is going to affect you as a YouTube advertiser. And also, how that’s going to affect TubeSift. So let’s go ahead and jump right in.

Justin Sardi, CEO and co-founder of tubesift.com here. And like I said, today, we’re going to be talking all about the right to monetize. So I got this email from YouTube just a couple days ago, and it basically says, hey, we’re updating our Terms of Service. They go into effect on June 1st, 2021. Now there are three things that they’re changing. Number one is the facial recognition. The other one is the royalty payments and tax withholding. And the other one is YouTube’s right to monetize.

Changes to the Right to Monetize

Previously, they talked about people that are in the Partner Program, all that kind of stuff. Now they’re expanding that to basically say, we can put ads on any video, whether you are in the Partner Program or not. Now, if we jump over to their Terms of Service, and like I said, we’ll link to this, and I scroll on down to the Right to Monetize. They basically changed this last November, November 18th, 2020. They said, You grant YouTube the right to monetize your content on the service, and that includes displaying ads on or within content charging users as a fee for access, blah, blah, blah. And the agreement doesn’t entitle you to any payments. And that was starting November 18th. They said any payments you are entitled to receive are going through their “royalties”. So they basically changed the way they are taxed, right? And then Google can withhold taxes, all that kind of stuff.

So essentially what they’re saying now is that any video is now eligible for monetization. Now this does not mean that every video is now going to be monetized, right? They are still videos that they are not monetizing. They’re rolling it out to a few videos here and there, but it by no means, means that are every single video on YouTube now allows ads. That would be cool. I kind of wish they would do that because that would give us a ton of ad inventory. But what’s going to happen is they’re going to be rolling this out to specific videos.

I have an unlisted ad that I run as an ad and I was watching it the other day. Just kind of like rewatch it. And I was like, wait, why is there an ad in front of this video I’m running as an ad? It was unlisted. So nobody would actually see that unless I sent them the link. But it was strange. And I was like, huh, that’s weird. And then I got this email. I was like, oh, that’s what’s happened. What this changes is, it just opens up some additional ad inventory for us. So if it’s still not an advertiser friendly video, YouTube is not going to put ads in front of it, right? Because it’s not an advertiser friendly video. Like if it’s, hey, you can’t monetize this, there’s drugs, alcohol, whatever, they’re still not going to be ads in front of it because in order for them to run ads in front of a video, it still has to be advertiser friendly or monetizable.

How does this change affect TubeSift?

So is this going to affect TubeSift? Well, TubeSift actually scans individual videos and lets you know if ads are eligible to run, if they’re ad enabled or monetized is what it’s called. So this is not going to affect TubeSift. We are still going to be able to give you the most relevant videos for your keyword search that have ads enabled that you can put your ads in front of.

So ultimately, this is going to open up some additional ad inventory. You’re still going to be able to save a ton of time compiling massive placement lists for your keywords using TubeSift. And it’s also going to filter out all those videos that might be in the Partner Program that say, hey, we don’t want ads to be ran on our videos. So this will not affect TubeSift. This will still work or TubeSift will still work exactly how it’s supposed to. And in fact, it’s going to be better for TubeSift users because you are going to be able to find additional videos that allow you to put ads in front of them.

So, that’s essentially the right to monetize. Like I said, not a ton has changed from the last update. Now they’re just saying, hey, even if you’re not in the Program, we can basically run ads on what we want. However, I think the workaround is to be in the Partner Program and say, hey, I don’t want ads to be ran in front of my videos. And those will be the non-monetized videos. Or put out videos about drugs and alcohol, firearms, things like that, all the stuff that they don’t deem advertiser friendly. So yeah, that about sums up the right to monetize that does go into effect June 1st, 2021. And we’ll see what additional updates they make. They made the last one in November. So it hasn’t been that long. They updated it again. I’m sure they’ll update it again. And then they’ll probably do it again.

Use TubeSift to Find Monetized Videos for your Ads

So that is it for me on this video. If you do want to find a massive list of monetized videos that you can put your ad in front of, that show up for any keyword that you know your audience is going to be searching for, definitely jump over to tubesift.com, check that out. You can sign up for a monthly or an annual license that comes with a full course on running YouTube ads. So you can get started quickly and easily. So that’s it for me on this video. Thanks for watching. Please subscribe to us on YouTube. Give us that Thumbs Up if you like that content. And I will see you all in the next video. Bye for now. 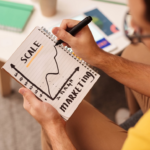 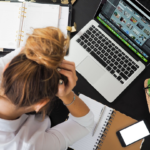 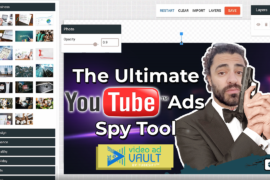 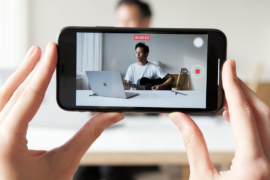